In early July, Governor Wolf announced the General Appropriations bill passed by the House and Senate would become law. The budget is a significant step forward for Pennsylvania schools and provides critical funding to fight the opioid crisis.

“This budget makes historic investments in education that will bring us closer to restoring the cuts of the past and invests vital money to fight the opioid crisis that has struck Pennsylvania,” said Governor Tom Wolf.

The governor has made investment in our schools and our children his top priority. The budget will help ensure student success, and improve access to a high-quality education — regardless of a child’s zip code.

“As has been said by Republicans and Democrats alike, this is a budget Pennsylvania can be proud of, and it puts us back on a path to fiscal responsibility and a sustainable future,” said Wolf.

The budget also provides critical services for seniors and the most vulnerable—many of whom rely on these programs as a last resort. Finally, it looks out for the bottom line—only increasing spending where absolutely necessary.

- The new fair funding formula will be used to distribute the additional education funding. The governor signed the formula into law in June. Previously, Pennsylvania was one of only three states without such a formula, creating massive inequities among school districts and hitting the most vulnerable students the hardest.

Getting around the $25 deduction limit for business gifts

2016 Property Tax/Rent Rebates to be Distributed Starting July 3 to 438,000 Pennsylvanians

SWS IN THE NEWS

Getting around the $25 deduction limit for business gifts

2016 Property Tax/Rent Rebates to be Distributed Starting July 3 to 438,000 Pennsylvanians 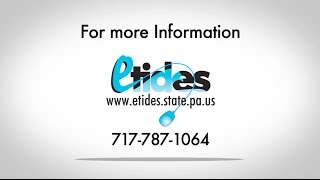